The next suggestion was to go to Rizong Gompa and find Geshi Wangdus. The kitchen is ancient and the monks are really funny. One day at meal time during the chanting, one monk, Tsultim Gyatso, flicks a bit of greenery off his finger that lands on his friend. He looks shocked and stops chanting for a moment. Everyone giggles but carries on chanting. The guy picks the leaf off his robe and continues the chant with everyone looking to see what he’ll do. Eventually he flicks it back and everyone falls about laughing, their feet in the air and hooting. Wonderful! 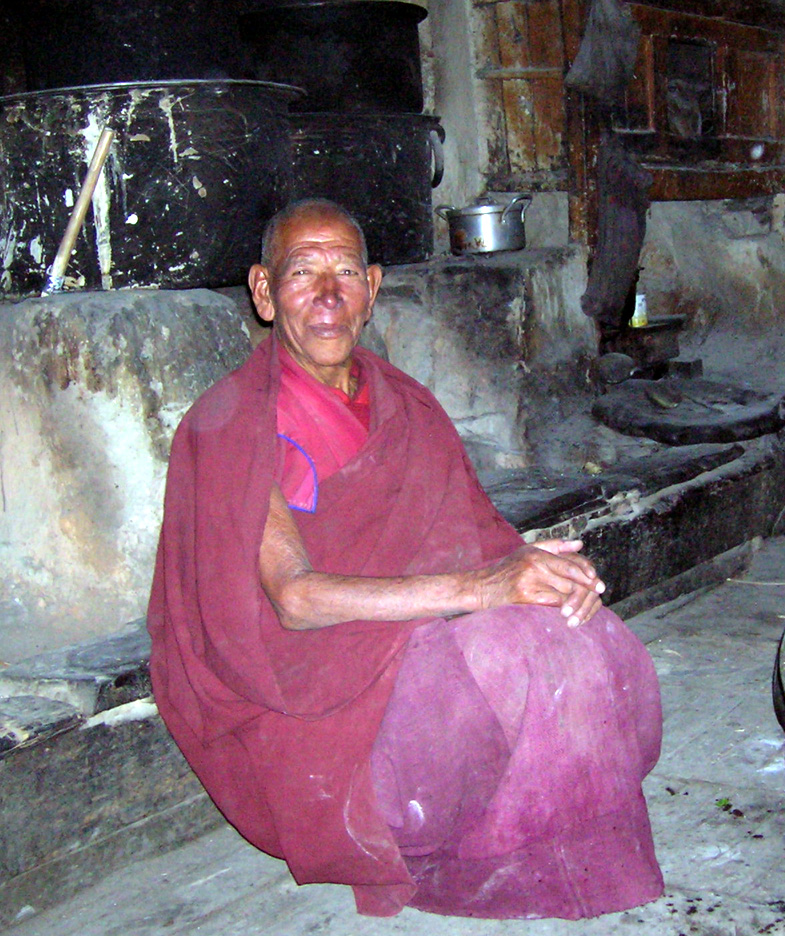 Tsultim Gyatso always had that amused look and a powerful presence that went with it. It was a joy just to hang around with him, not that we could communicate much, but just being there was a tonic.

The life of the monks there seemed incredibly austere. The full training involves the “preliminaries”, four sets of one hundred thousand prostrations, Vajrasattva sadhanas, mandala offerings and guru sadhanas. Eventually they get to the “Yogas of Naropa”. These had been kept secret for hundreds of years and were the source of the amazing tales of supernatural abilities that came to Europe in the 19th century. Possibly the most famous of these is the practice of sitting out in the snow, overnight, wearing only a wet sheet. This would be a good way to kill someone quick as the temperatures we are talking about will go to minus 60 degrees and beyond on a regular basis. In addition to these rigours they are also kind of expected to do a solitary retreat at some point. Traditionally they are for three years, three months, three weeks and three days. Sometimes this is done in complete darkness! In addition to all this there are also the even more secret practices of the Vajrayana, matters involving Tantra and so forth about which they will not speak if you are not properly initiated.

Hanging out with these guys, the Yogins, was an incredible thing for me and I found some of them to have an amazing quality about them. They were all at once both hugely “weighty”, carrying a really impressive gravitas, and at the same time light-hearted, whispy, ineffable. I was invited to tea in one monk’s room. He sat on a mat around three feet square, just big enough to sit in a meditation posture on. He had a few plants and tea making things, some thangka paintings and lots of religious paraphernalia. I asked him where he slept and he said “right here!”. I ask him if he lies down there and he says “no!”. There was a thick, felt blanket over an empty window space. There was no glass in it! Some of the coldest temperatures planet earth gets happen throughout the winter in Ladakh. What was this monk made of?

I had a few magic tricks to show them. “Pen behind the ear”, “elastic bands”, a “paddle” type trick with a lighter and so forth. One day I was showing the kids there and an older monk came over to see what was going on. As soon as he saw the first trick he turned quickly away and walked off. Most strange I thought. This was the first time I had seen this reaction and I didn’t know what to make of it. It was explained to me a few weeks later (see ‘Sorcerer’). The meditation lessons from Geshi Wangdus didn’t go so well after I lent him John’s book. He had it returned but didn’t come himself. He basically stopped having anything to do with me. Someone suggested that it might be because he was a different sect from the one investigated in the book. Who knows.. 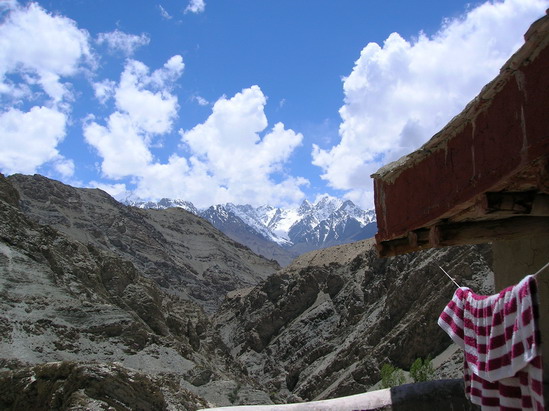 << back Leh hospital next Ayu Lhamo >>
scroll to top