At the Gompas, monks don’t get that much entertainment it turns out. During my six week stay at Lamayuru I was doing lots of little magic tricks for them and they couldn’t get enough of it.

One day the abbot asked me to do some tricks for an old guy coming our way. He said, “he’s been on retreat and hasn’t seen any of your tricks yet”. When he gets over to us, all curious, I show him a trick and he takes a step back, puts up one hand and starts chanting. Everyone goes very quiet, I had no idea what was going on. Because I was a bit thrown by his chanting I didn’t really know what to do next except do another trick, so I get something else out of my pocket and show him a second trick. He suddenly stops chanting and the abbot makes some joke in Ladakhi. They all fall about laughing, hanging on to each other’s robes and actual monkly tears are falling in the dust. The abbot eventually tells me what’s going on. He says “he thought you were a sorcerer and so he did the quelling magic mantra. You did another trick so I said ‘his magic is stronger than your mantra!’”.

Later on the abbot says “people like your magic, it makes them happy, come to my room after lights out and teach me your tricks”. I say “I’ll tell you my secrets if you tell me yours”. Again, roars of laughter. So, I go up the hill to his quarters where he makes me soup. We get into the tricks and I show him everything I have. At one point we are both rolling on our backs with our feet in the air hooting with helpless laughter. I really love those guys :) 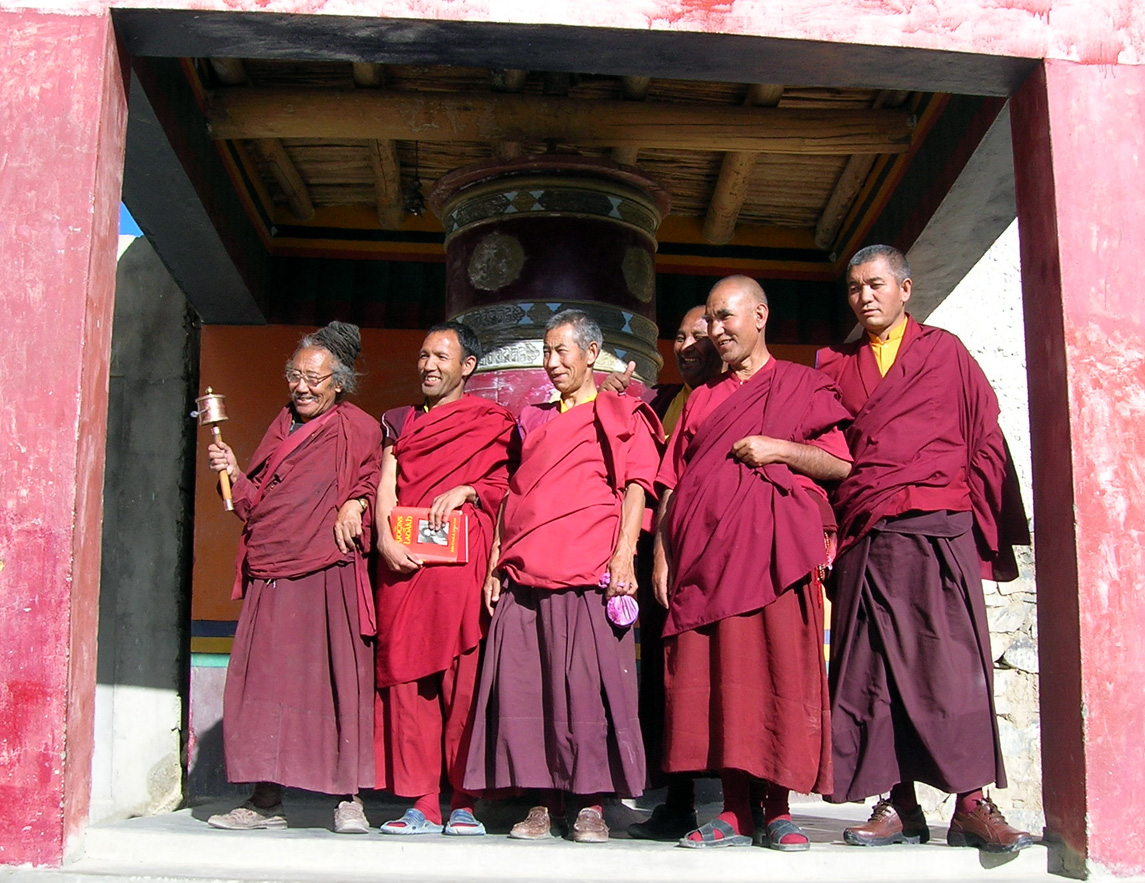 The one who did the mantra, Kunchok Tsering, is on the left holding the small mani wheel. His picture is in John Crook’s book The Yogins of Ladakh which is in the hands of the guy next to him. The monk second from the right is Kunchok Namdrol (see below). The Ladakhis don’t seem to have their own word for “magic” and borrow a Hindi word “jadu”. The getsul would call out “jadu, jadu” when I passed to get me to do some more tricks for them. After a while it became a sort of nickname. I quite liked being called “Jadu”.

<< back Lamayuru next Naming >>
scroll to top