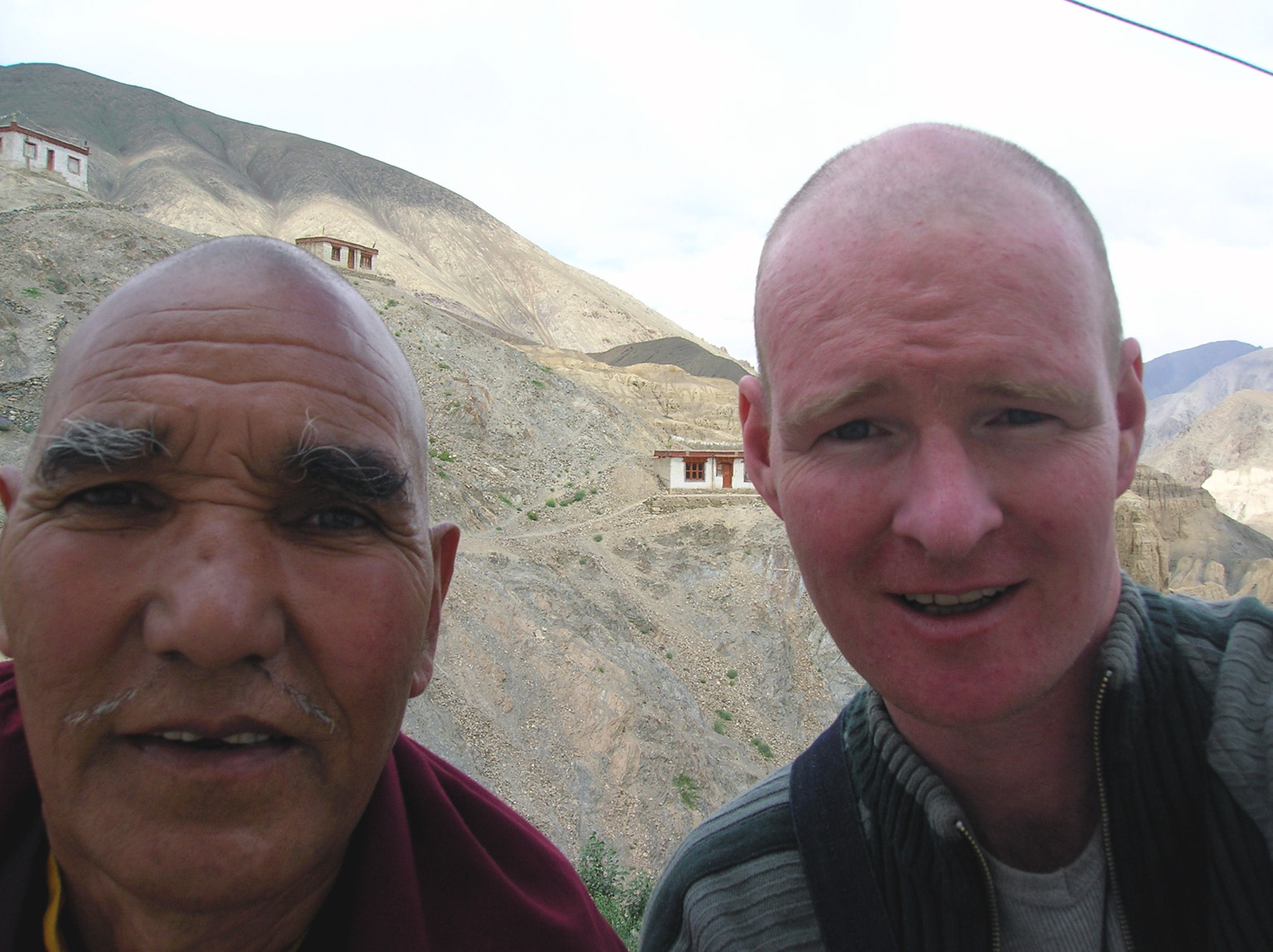 A few minutes before the picture above was taken, Kunchok Namdrol had spontaneously given me a Dharma name!

Each morning there was a few hours of chanting and ritual in their Dharma hall. It was the time of renewal. The sutras get chanted in unison, a sand mandala is made and they bring out all the instruments. There are symbols and massive horns, human thigh-bone trumpets, all sorts of amazing things. Since I couldn’t join in I just sat in meditation. Little boy monks, “getsul”, ran amongst the rows of monks pouring the hideous yak butter salty tea. It is an acquired taste! I would take periodic breaks from zazen, sitting meditation, to have some tea and each time I opened my eyes Kunchok Namdrol was always taking me in with those brown eyes of his. I was just in his field of vision rather than him observing me, it didn’t feel like I was being studied or anything.

These sessions went on every morning for about two weeks. Just after one of them we were all milling around, looking out over the mountains and having a stretch from being sat still so long. He turns to me and announces that I am “Wangchuk”. I ask him if he’s just named me and he beams a grin at me and proudly says that he has. Now, my Ladakhi was only at the most basic level so we couldn’t discuss it very much. I asked him what it meant but he didn’t know the English. It was a while before I could find someone to tell me. They said it means “mighty”! This could have been a bit of a joke since the ME symptoms I had been plagued with for ages were really raging back then and I was obviously very weak, if not simply from so many gut infections.

The next day we went through the same thing and once again hanging out after the session, looking out over the Zanskar mountain range I asked him how he knew my name was “Wangchuk”? He looked out with a thousand-mile-gaze for a long time and eventually replied “Sonam Wangchuk”. I asked if he had just named me again to which he again proudly replied that he had! “Sonam” means “merit” so that’s my Dharma name - “Sonam Wangchuk - Mighty Merit”!

<< back Sorcerer next Mind State >>
scroll to top