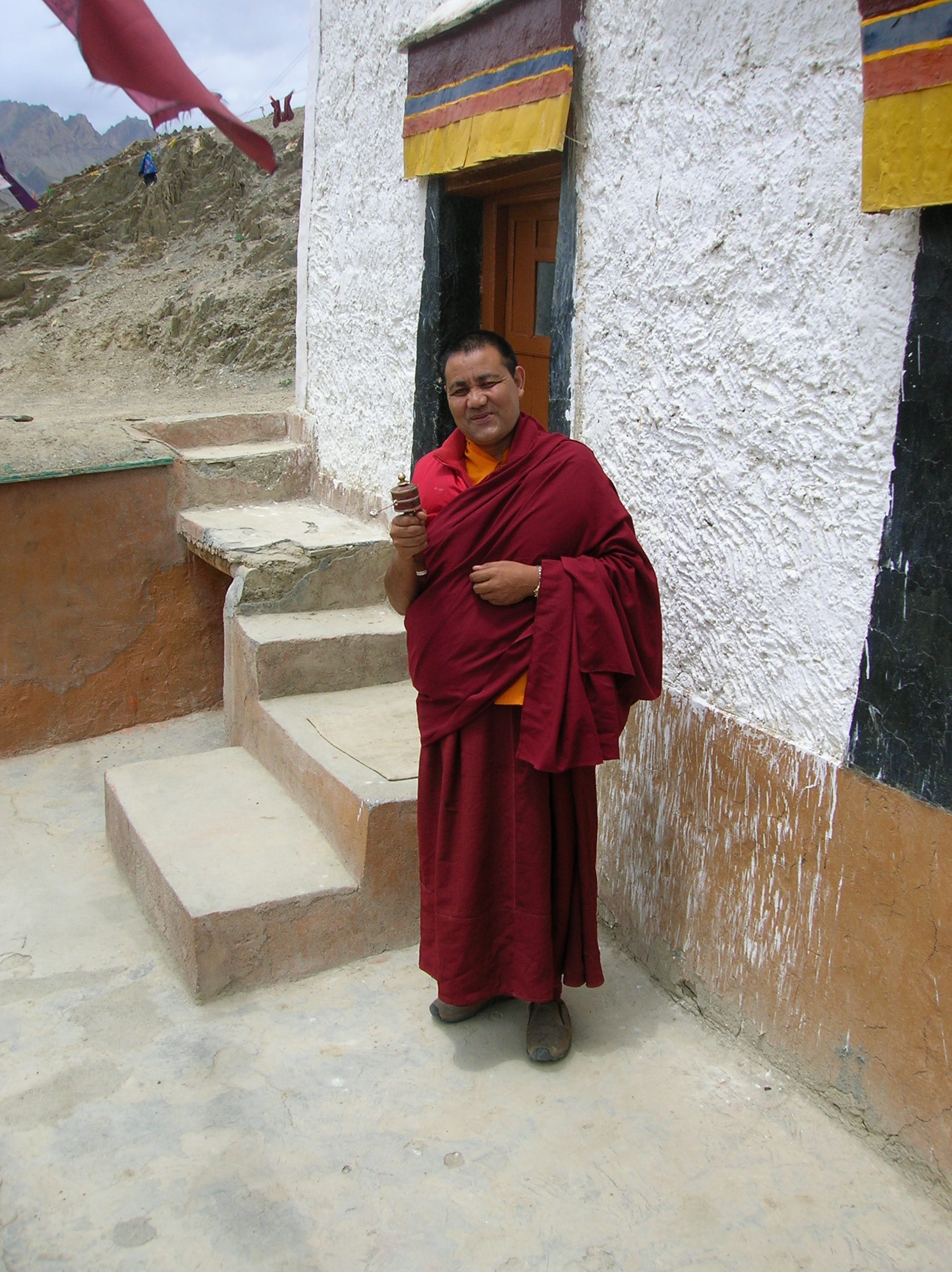 One day I was down at the tap doing some laundry and heard a yelp. Looking between trees I saw a group of getsul, the little boy monklets, all sitting as if ready for a class. A big bruiser of a monk, supposedly their “teacher”, striding amongst them looking really cross. He dug his elbow into the back of one kid who let out a similar yelp. They were all clearly frightened of him. My blood boiled, I couldn’t believe what I was seeing. Here was an ordained Buddhist monk terrorising children with physical violence!

Not knowing what to do, I ruminated on it and decided that I should talk to the Abbot, Dupon Samten Rimpoche, he of the good English and the midnight magic lesson. Before I had a chance to talk to him there was another incident. The super-cute monastery dog, Tommy, was always coming in to the refectory to get titbits from my mani stone teacher. For some reason, I think because he might have been told to not allow the dog in, when the dog came in he got up and ran up to the dog and kicked it. Like a penalty kick he really gave it a massive wallop. It spun around in mid air and sped away, yelping pitifully. It was a hard enough kick to kill the poor thing!

I sprang up and went over to him, shoving him in the shoulder to get his attention. When he turned around we locked eyes. After a struggle with myself I managed to not hit him but it was obvious that I was about to. Instead I decided to go and talk to the Abbot right there and then. Up the hill and up to his little house, banging on the door. One doesn’t normally bang angrily on a Rinpoche’s door like that.

He invited me in and said “what’s up?”. I ranted on about the “teacher” bullying the getsul and about Tommy being kicked really hard. “They would be arrested in my country!” I told him. His response was very interesting. As he poured me some tea he said “You are right, they are wrong, I completely agree and I will talk to them both. Being ordained does not make someone a true practitioner, they are untrained persons. You, however, are a true practitioner and it is your job to set up the mind state you want and defend it!”

The wind went right out of my sails! It made me see how I had let their mind states infect mine. We talked it over and what emerged was that one can recognise another person’s actions of body, speech and mind as belonging to them. One is not obliged to react to them. If appropriate one can choose to respond, but they remain responsible. This point of view stood me in good stead for the rest of the trip, especially in India proper, South of the Himalaya. There I found folks seemed to be continually hassling me to buy something, or they were trying to cheat me in some way. Their actions belong to them, I don’t have to let their mind state become mine!

<< back Naming next Mareike >>
scroll to top